Blockchain was designed to support fungible assets such as Bitcoin and other cryptocurrencies. It has been developed to allow users to build a particular kind of crypto asset, non fungible or probably specific. The Ethereum blockchain serves as the foundation for the majority of currently available NFTs since it follows the ERC-721 token specification, allowing NFT developers to collect information relevant to their digital objects and store its tokens on the blockchain.

When you purchase an NFT, you are purchasing the right to pass the token to your digital wallet. Like if you had an original drawing, the token proves that your copy of a computer file is the original. And, just like a masterpiece artwork can be printed and sold as a cheap poster, anybody can own a digital copy of your NFT.

The History of NFTs 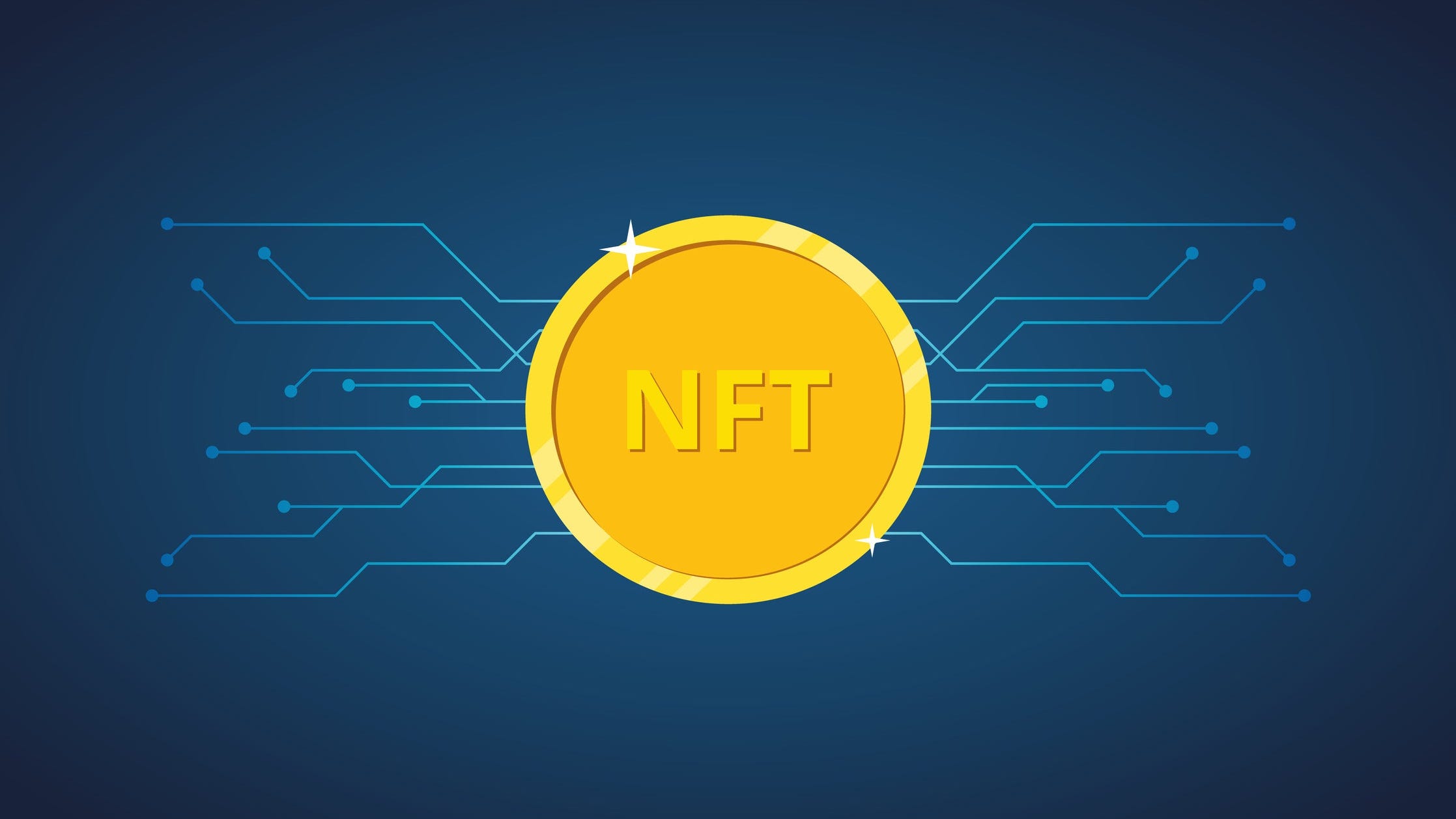 NFTs rose to fame in 2017 with the game CryptoKitties, allowing players to purchase and “breed” limited-edition virtual cats. Following that, game makers embraced NFTs significantly, allowing players to earn in-game things like digital shields, swords, or similar rewards, as well as other game collectibles. Tokenization of game assets is a game-changer since it allows tokens to be transferred between games or another player through NFT advanced blockchain marketplaces.

Aside from play, NFTs are widely used for marketing a variety of virtual collectibles, such as NBA virtual trading cards, songs, digital pictures, video clips, and even virtual real estate in the virtual world Decentraland.

The global NFT market is worth $250 million, a negligible fraction of the overall crypto coin market but quite appealing to content developers. The token’s contract, built on the ERC-721 specification for producing NFTs, can be configured to allow content creators to continue earning a percentage of all future purchases.

The NFT market is expected to expand further because any digital content can be effectively “minted” into an NFT, a highly effective method of storing and protecting digital assets.

The NFTs & Its Blockchain’s Carbon Footprint

There are fears that NFTs are not environmentally friendly about the hype because they are based on the same blockchain platform as other energy-intensive cryptocurrencies. E.g., each NFT transaction on the Ethereum network absorbs the equivalent of two American households’ daily energy consumption.

The majority of today’s blockchain networks depend on special computers known as “miners” vying to solve complicated math puzzles. It is the proof-of-work concept, which prevents people from cheating the scheme while still incentivizing them to construct and sustain it. Mining necessitates a large amount of computing capacity, which increases energy demand.

Ethereum blockchain technology is evolving, and it is becoming less computationally intensive. There are also new blockchain platforms such as Cardano created with a low carbon footprint in mind and has recently released its own fast-growing NFT app called Cardano Kidz.

The pace at which blockchain technology is transformed into a newer, more eco-friendly version may well determine the future of the NFT industry in the short term. Any musicians concerned about global warming phenomena are opposed to NFTs due to their potential environmental effects.

Regardless of if the latest NFT craze will maintain its pace, NFTs have already accelerated a broader wave of digital economic innovation. NFTs also reported that the public is becoming more favorable to a crypto-economy and is willing to accept short-term losses in exchange for potential business opportunities.

NFTs have now made significant inroads into the luxury and entertainment markets, and there is still plenty of space for growth beyond these early applications. The art sector will continue to be a relevant segment of the overall NFT industry and is expected to mature steadily over the next few years. However, it will be replaced by other digital certificate applications such as trademarks and patents, training, and upskilling certificates.

Cryptography is a method used to preserve the anonymity of a document by converting it into a format that only the intended recipients can understand. Someone else would see it as an incomprehensible string of random characters. A pair of keys, public and private keys, allows this message manipulation: You give your friend your public key. He uses it to convert his message to you into an unintelligible string of random characters. You then use your private key to restore it to its original state.

Blockchain is a critical technology for the development of NFTs. It employs cryptography to chain blocks into an ever-expanding array of documents. Each block is locked to the previous block by a cryptographic hash or string of characters that uniquely identify a data collection.

A Merkle tree is a data structure that stores the transaction records of a sequence of blocks. It allows for the quick retrieval of previous documents. Each user must generate a pair of keys: a public key and a private key, to participate in blockchain-based transactions. Because of this architecture, it is tough to modify transaction data contained in the blockchain.

Your private crypto key is evidence that you own the original. The public crypto key of the content creator acts as a certificate of authentication for that specific digital artifact. The value of any NFT token is primarily determined by combining the creator’s public key and the owner’s private key.

Non Fungible tokens demonstrate possession of a digital object – photograph, sound file, or text – in the same way that crypto coins do. Unlike crypto coins, which are all the same and have the same value, NFTs are one-of-a-kind.

An NFT is worth whatever anyone can pay for it, which can be quite a lot if a well-known artist creates the NFT and the buyer is a wealthy collector.

Move To The UK Without A Job Today – Yes, It Is Possible.

Why Are Study Abroad Aspirants Determined To Study In Canada Despite Coronavirus?
Step by step instructions to Use Blogger To Build Your Brand And Business.
Comment