How Different Types of Hard Liquor Are Made

Around 10,000 BC, the complex technique of producing fermented drinks began. Ever since the human species has refined, pun intended, and perfected the technique of making liquor. This fermentation and distillation history has given rise to a variety of spirits throughout the years, including whiskey, rum, vodka, tequila, and gin, to mention a few.

Although most of us use these spirits regularly, most people are unaware of the complicated but straightforward process by which various kinds of liquor are created and developed. All alcoholic beverages, whether wine, beer, or spirits, contain alcohol. To learn more about the alcohol you consume, we have provided below information on how these various kinds of hard liquor are produced and originated.

Creation of Liquor- Fermentation and Distillation

The kind of alcohol found in alcoholic beverages is a molecule known as ethanol. To produce alcohol, grains, fruits, or vegetables must go through a fermentation phase. Fermentation occurs when bacteria thrive in certain foods. As a waste product, these bacteria feed on the glucose in the meal and emit specific compounds. When bacteria feed on fruit, honey, or grain, the waste product is sometimes alcohol.

After the selected material has been fermented, the resultant liquid is subjected to a distillation process. Distillation separates alcohol from water, resulting in a considerably stronger version of the original liquid. When the water is removed, the remaining liquid is a concentrated alcoholic drink. This is most likely the origin of the term “hard liquor.”

After distillation, the liquid that remains includes more “hard stuff” or alcohol than before it was distilled. “Spirits” is another term for liquor, but it’s an ancient one that dates back to the early days of distillation technology.

The Origin of Hard Liquors 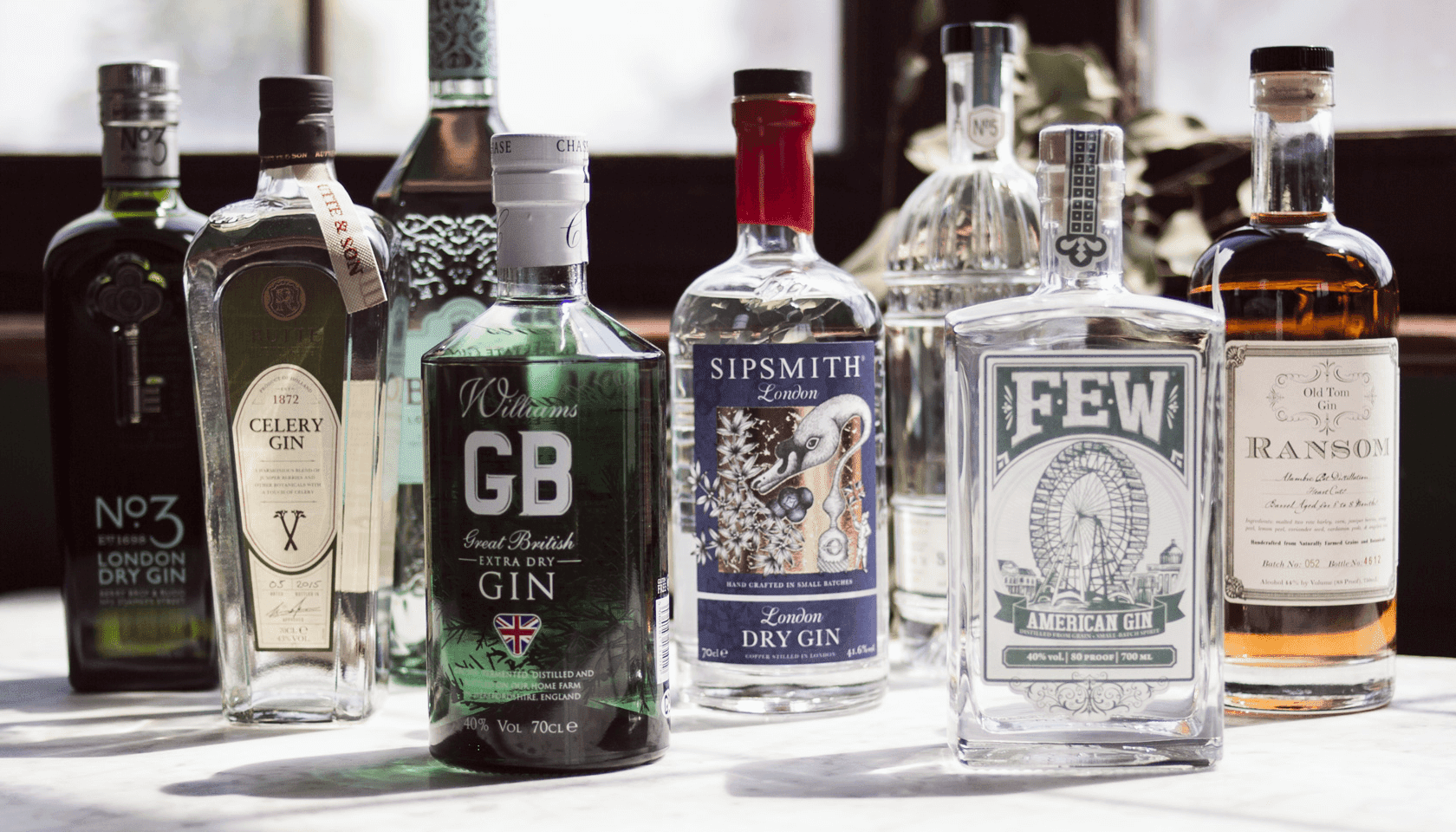 Gin has long been a perennial favorite, although it fluctuates as more fashionable ingredients top the cocktail lists. Its popularity is returning, most likely because several producers are altering its taste with various fashionable botanicals.

Gin is clear alcohol with the benefit of not changing the color of a drink, but what distinguishes it is the taste imparted by those same botanicals. Gin is usually made by distilling the fermented mash of grain or barley, but it must be flavored with juniper berries. Other components, such as lemon peel, fennel, or grapefruit, may give a slight twist to the taste, but the spirit isn’t legally gin without the juniper berries.

The most popular gin is London Dry gin, which is usually thought to be the best to use, but don’t follow that rule without first researching other varieties. There are numerous excellent gins on the market that aren’t branded London Dry gin. Regardless, all gins must contain minimum alcohol by volume, or ABV, of 37.5 percent, although higher gins are readily available.

“It’s sunshine in the stomach!” says an ancient Russian proverb regarding vodka. While this may have been true for many a chilly Russian throughout history, vodka’s origins are more likely to have started in Poland before making their way east.

Vodka is transparent alcohol that has a neutral taste. It’s intended to be tasteless, odorless, and colorless. In reality, experienced vodka drinkers can tell the difference between brands due to minor taste variations. Some have a peppery sharpness, some have a citrusy tang, while yet others are nearly creamy.

Despite its subtle tastes, vodka remains the most neutral and flavorless of all hard liquors. This makes it an excellent option for flavored cocktails since it does not affect the taste of the other drink components. Because vodka such as Bong Vodka mixes nicely with virtually any other component, it has become a global favorite among people who like making unique mixed cocktails.

Rum has an exciting past that involves pirates, sailors, and high-seas ships. While much of rum’s past may be classified as myth, the romance endures. Rum is a liquor made from molasses or sugar cane that is matured in wooden barrels. Because it is produced and matured in warm, tropical settings, it may mature in barrels quicker than other spirits.

All else being equal, a 12-year-old rum is a considerably better quality spirit than a 12-year-old whiskey. After all course, the same might be said about a tropical-aged whiskey. It all comes down to where the soul is aged.

Whiskey is the most complicated liquor on our list for reasons other than its name. You may resolve that initial misunderstanding by knowing two things: Whiskey is spelled with an “e” in countries containing the letter “e,” such as Ireland and America. Countries that do not have an “e” in their names, such as Japan and Canada, spell “whisky” like the famous Dalmore Whisky.

Whiskey is a distilled liquor that is always made from fermented grains. The fact that it is matured in oak barrels after being distilled distinguishes it from vodka. The wood in these barrels imparts fragrances, tastes, and hues to the whiskey.

Whiskey is produced all over the globe, and each nation has its own set of laws and regulations about what makes an official whiskey. In general, you’ll find four kinds of whiskey behind any bar: Scotch, Irish whiskey, bourbon, and American rye whiskey.

Contrary to popular belief among those who spent their college years sipping cheap tequila shots, not all tequilas are harsh and cheap spirits. The finest of them are intended to be enjoyed and drunk like a good Scotch.

Tequila is produced by fermenting the juice of the blue agave plant, which is indigenous to Mexico. It is made in one of Mexico’s five recognized tequila-producing states: Jalisco, Michoacan, Guanajuato, Nayarit, and Tamaulipas. Mixto tequila, which may be produced from various ingredients, and 100 percent blue agave tequila, which is always the most refined tequila available, are the two main kinds of tequila.

Although you’re unlikely to use brandy in a cocktail, it’s an elemental spirit to have on hand. A fermented fruit drink is distilled to make brandy. It may theoretically be produced from any fermented fruit, although grapes are usually commonly used.

Brandy is just distilled wine. After distillation, the brandy is aged in oak barrels to flavor, smell, and texture. Any good brandy will have an age statement, and some of the finest have been aged for decades.

France produces some of the world’s most famous brandies, including Cognac and Armagnac. Calvados, a unique brandy derived from apples, is also produced by the French.